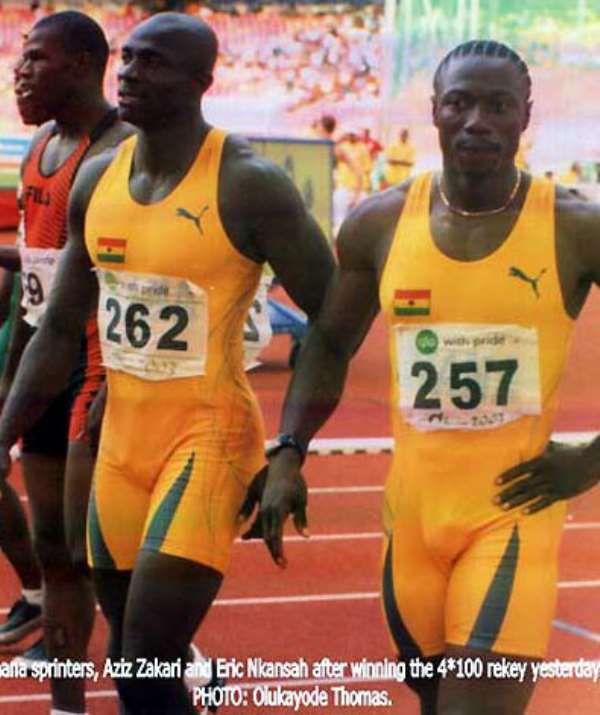 Ghana's Aziz Zakari has been ranked the 10th best sprinter according to in the world according to a recent ranking released by the International Athletic Federation.

Aziz who has been active on the European tour is three places behind resurging Olympic champion Maurice Greene.

Anim is the highest ranked African athlete ahead of Nigerian Endurance Olokojo.

Away from the tracks, one of Ghana's real medal contenders for the upcoming Olympics, Margaret Simpson, is ranked 5th in the Women's Heptathlon.

She jumped five places from her previous 10th after winning gold at the African Athletic Championship in Congo.