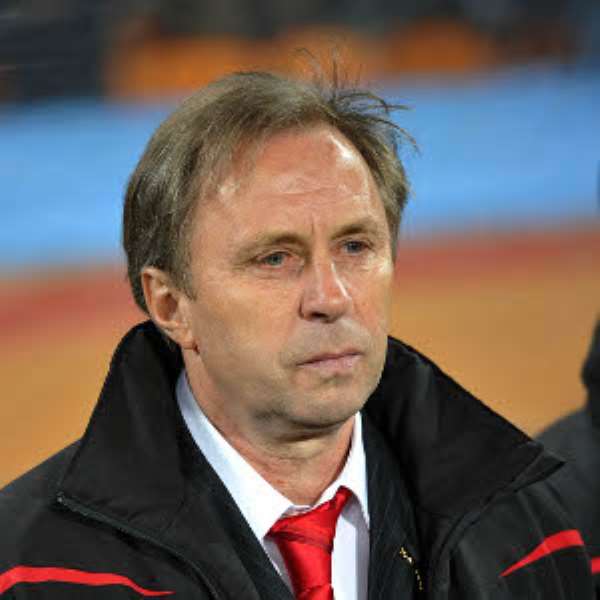 So far, about 40 technical trainers have applied for the vacant position after the sacking of Coach Kwesi Appiah a few weeks ago.

Among the tall list, which is being examined by a team of technical experts, Serbian trainer Milovan Rajevac is being tipped to occupy the hot seat.

Despite abandoning Ghana after the South Africa 2010 World Cup, his works in the past places him in a pole position to secure the job.

He guided the Black Stars to a successful 2010 World Cup campaign after finishing in the last eight.

However, Rajevac failed in his subsequent jobs after leaving the shores of Ghana.

GFA spokesperson Ibrahim Sani Daara told myjoyonline.com that his outfit would ensure that the selection process offers all applicants equal opportunity and that the GFA is looking for the best trainer for the team.

The FA Communication Director added, 'We want a coach who will hit the ground running.'

Coach Appiah fell out of favour with his employers after a below average performance in the 2014 World Cup, picking just a point from three group matches.

He began his 2015 African Cup of Nations qualifiers with a 1-1 drawn game against Uganda in Kumasi on September 5.

And when the majority of soccer fans expressed little faith in him, he

a surprise by returning home with all three points after beating Togo 3-2 at their backyard five days after the Ugandan tie.

But that could not secure his job, as his employers relieved him of his post a day after the Togo win.

His deputy, Maxwell Konadu currently acts as the caretaker coach.