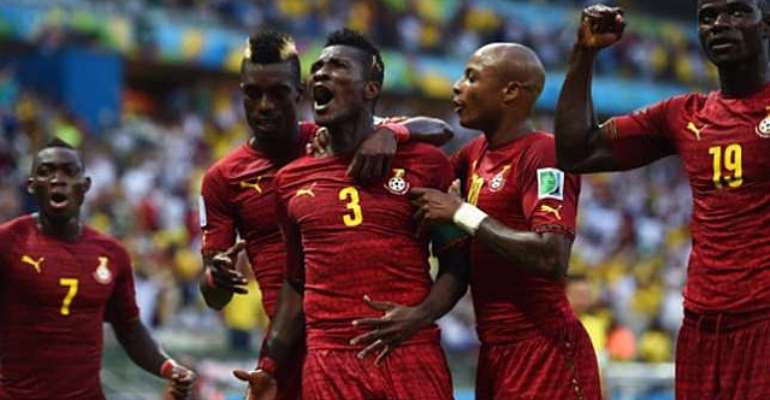 The hiplife star got missing on the Volta estuary when he and Janet Bandu  went jet skiing in the waters at Ada on 6 July.

Castro and Black Stars captain, Gyan were at the Peace Holiday Resort at Ada, together with some friends, for recreation when the unfortunate incident occurred and despites intensive rescue operations they are yet to be found dead or alive.

Maurice Ampaw believes the police should arrest, the Black Stars skipper and everybody who accompanied them to the place for them to aid police in their investigations to ascertain the  truth concerning the where about of Castro, because their explanations do not sound well.

'If Ghana were a serious nation, we wouldn't have allowed Marine Police to go and have fun on the sea, with the intention of searching for Castro's body. Then Asamoah Gyan also picked a boat saying he was going to search for Castro, these will not happen in a serious country,' he told metro fm.

'For Christ sake, Castro is a celebrity, a star, anybody who was involved should be arrested to enable the person write his statement.

'We are in a country people do not know their right and that is why they are walking freely. I am therefore calling for the arrest of Asamoah Gyan and anybody, who went with Castro to Ada. They should arrested them and be given police enquiry bail, for investigation to be carried out.'

Gyancaptained Ghana during the just ended World Cup finals in Brazil, scoring two goals, but the Black Stars  failed to make the group stage of the World cup for the very first time in their World Cup participation amidst issues of player agitation, player indiscipline, delay in the payment of appearance fee,  air lifting of money to Brazil to players, etc.