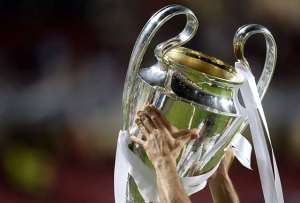 The sides will enter the second leg of their UEFA Champions League first-round qualifier on level terms after a 1-1 draw in Gibraltar last week.

The Red Imps - winners of the Gibraltarian Premier Division for the last 12 years - only gained semi-professional status last term.

But they are just one match away from a dream tie against Serbian giants Partizan in the second round.

Gibraltar - a British overseas territory off the coast of Spain - were only accepted as a full member of UEFA in May 2013.

And Joseph Chipolina made history last week, with his penalty the first goal by a Gibraltan outfit in a European club competition.

Levi Hanssen did equalise for HB Torshavn, though, and realistically they should progress.

They sit second in the Faroe Islands top flight, which is currently in the midst of a mid-season break, but have not won any of their last three matches.

HB would also relish the chance to face 1966 European Cup finalists Partizan and home ground advantage may prove decisive on this occasion.

Also on Tuesday, FC Santa Coloma and Levadia will look to protect 1-0 leads in the second leg of clashes against Banants and La Fiorita respectively.

Santa Coloma of Andorra are on the road, though, and must stop Banants forward Gevorg Karapetyan, who has three goals in his last five appearances. The winner will play Maccabi Tel Aviv in the second round.

Levadia will host their second leg and are sure to be full of confidence, with the carrot of Sparta Prague waiting in the second round.

The last time they tasted defeat was in March and a 19-0 Cup win over Tallinna Kalev Juunior last month proved they know where the goals are.

Free SHS Graduates Gather To Campaign For NPP
5 minutes ago