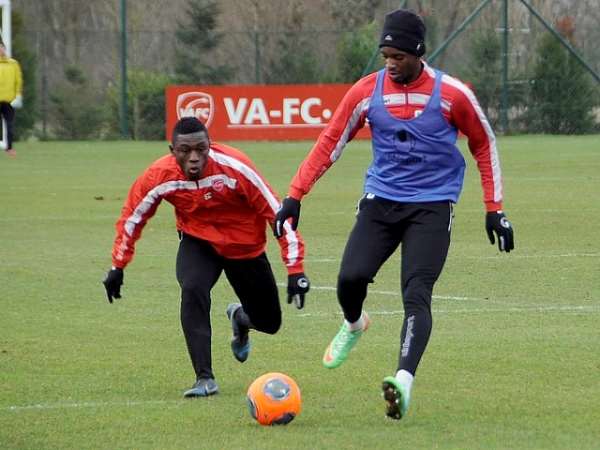 By Akyereko Frimpong Manson
Follow Akyereko on Twitter: @ Akyereko
Struggling French Ligue 1 side Valenciennes have been boosted by the return of Ghanaian hit-man Abdul Majeed Waris from injury as they prepare to face Guingamp in a must-win tie in Saturday's French Ligue 1 on Saturday.

The 22-year-old returned to training on Tuesday after recovering from a calf injury and manager Ariël Jacobs has named him in his squad to take on fellow struggling Guingamp on Saturday afternoon.

The on-loan Spartak Moscow star was forced to sit out of the Reds' 6-2 home humiliation against Nantes after he suffered the calf problem while training with the side.

Valenciennes are second from bottom with 29 points, 4 adrift of 18th-placed Sochaux, meaning even if they are able to defeat Guingamp in Saturday's game, they would not be able to overtake them.

However, Waris' return means a huge boost for Valenciennes with his impeccable scoring record – in 13 games, the Black Stars striker had raked in 9 goals, provided 3 scoring assists and has made 32 goals attempts.

Valenciennes can still avoid the drop to Ligue 2 but they must now target victories in all four of their remaining fixtures, with games against Bordeaux, Monaco and Toulouse to follow the clash with Guingamp.