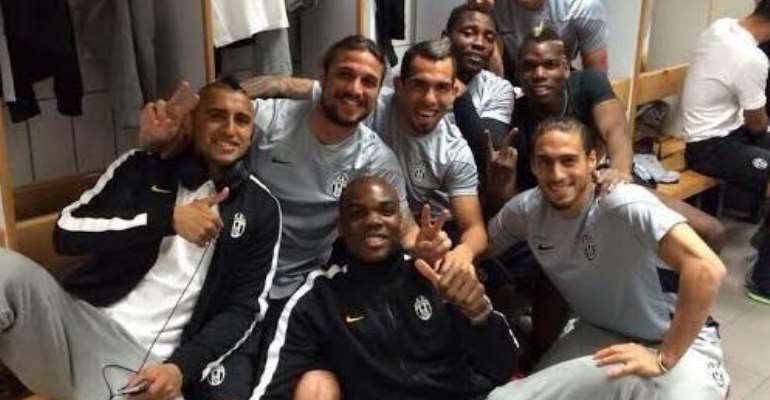 Kwadwo Asamoah in the changing room with his Juventus teammates

By Ameenu Shardow
Follow on Twitter @alooameenu
Ghana midfielder Kwadwo Asamoah is in France with his Juventus team for their Europa League clash against Olympique Lyon.

The Black Stars playmaker is expected to start in the first leg quarter final clash at the Stade de Gerland on Thursday.

Asamoah has been hitting an improved vein of form for the Italian giants in recent games where he has scored explosives goals.

The Ghanaian hopes to help the side atone for their early Champions League exit by clinching Europe's second tier competition.

They must however first get past Lyon who are currently 5 th in Ligue 1.

Antonio Conte's side will be looking to grind out a favourable result in the first leg encounter before returning to the Juventus Stadium to finish of the former French champions.