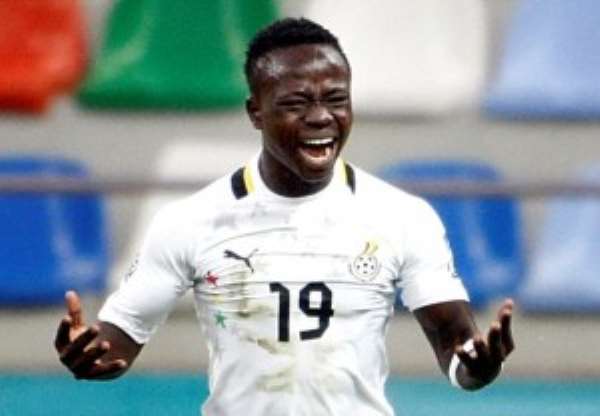 Ghana's talented U17 midfielder Moses Odjer has been freed from a slave contract riddled with several serious abuses of the minor's rights by Italian side Chievo Verona, GHANAsoccernet.com can exclusively reveal.

The 17-year-old, who excelled at the recent U20 World Cup in Turkey, was poached by Chievo and the Italians violated as many as NINE transfer laws to sign the talented player.

There is no signing date at all on the pre-contract and by law, a contract for an U18 player can only be a maximum of three years but the deal for Odjer is for five years.

The talented youngster has now left the Italian club and he is currently with a major team in one of the top leagues of Europe, GHANAsoccernet.com can reveal.

Lawyers representing the teenage prodigy have fired Chievo's sporting director Giovanni Sartori with the list of violations on the player's right which has resulted in the decision to cancel the contract, insiders have told Ghana's leading football news outlet.

Sartori has not responded to the allegations by the lawyers of the player that Chievo broke multiple FIFA regulations as laid out in the “Regulations On The Status And Transfer Of Players”.

They also accused Chievo of failing to meet FIFA's requirement for the transfer of minors while the Euros 36,000 Euros remuneration to be paid for the 2013/2014 season to the parents of the player has not been done.

FIFA laws prohit players under the age of 18 to be paid directly by the club.

This as well as some other violations have resulted in the decision to cancel the contract but Chievo have not responded to these allegations one month after they were served with the letter stating the violations.

Chievo risk being in serious trouble with FIFA if they are proven to have committed such violations which could result and bans or fines or both.

FIFA President Sepp Blatter has championed the fight against the exploitation of minors in Europe and this revelation could lead to serious consequences for the club.

The 17-year-old was rated as one of the best talents during the 2013 FIFA U20 World Cup in Turkey last year.

Odjer was scouted by European giants Manchester United, Real Madrid and Paris Saint Germain for his abundant talent but signed a pre-contract agreement with Chievo before the 2013 African Youth Championships in March.

Tema Youth, the club he played for in Ghana, seriously contested his signing by Chievo and asked the Ghana Football Association to intervene in the case.

I haven’t said NPP is Majority in Parliament – Bagbin clarif...
37 minutes ago