Akaminko has eyes on England 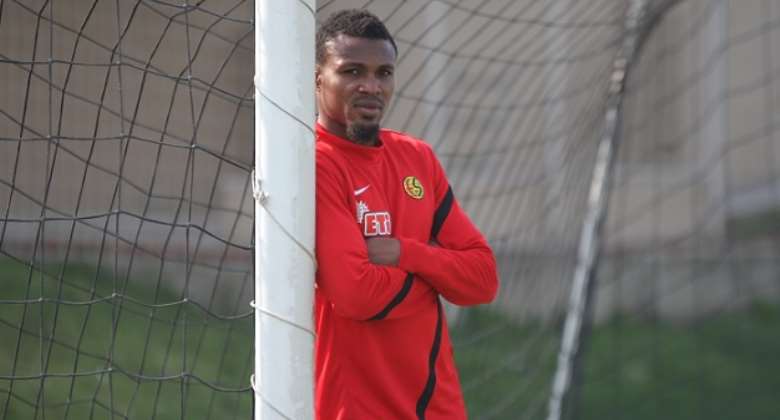 Ghana Black Stars defender Jerry Akaminko says he has an eye on playing in the English Premier League.

The Eskişehirspor strong man has caught the eye with his strong,consistent play and was linked to Monaco in the transfer window

Growing up in Ghana, there was a program on TV called 'Football made in Germany' and the likes of [Tony] Yeboah, Sammy Kuffour, [Charles] Akonnor and other Africans playing there. I said to myself, “I must play in this league one day.”

As I got a little older, the Premier League took over and it is now one of the best leagues in the world. I watch the games all the time and it would be an amazing experience to play in such a popular league watched by millions all over the world.

Akaminko also revealed to africafootballshop.com his opinion about hi s style of play.

I would say I am a cool, calm and collected defender. I try to adapt my game to the striker I am up against and I actually study [specific opposition] before games.

I am a defender who might try things that other defenders wouldn't. This isn't because I am cocky, but because I believe I possess technical ability and I am comfortable on the ball.

I am also aware that there is a time and place for everything on the football pitch and the surprise on the faces of strikers when I do the unexpected is always good to see.

The African game is a little different from Europe but a lot of the Ghana boys play here now, so the understanding is there. I don't alter too much.

Quotes from africafootballshop.com was used in this article