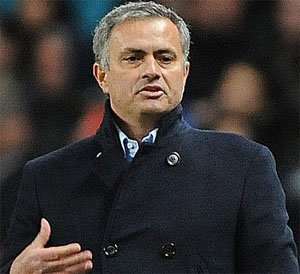 Chelsea boss Jose Mourinho says he is “angry” and “worried” following their defeat by Newcastle at St James' Park.

Yoan Gouffran and Loic Remy both scored as the below-par Blues suffered their second defeat of the season.

“I'm angry because I don't understand [why we lost],” said manager Mourinho.

“I was expecting to lose my next game when the opponent was fantastic or when we were very unlucky – a match where we fought to our limits and couldn't get the result.”

The Magpies' victory means Chelsea have taken just five points from as many games on the road this season, but 15 out of 15 at Stamford Bridge.

The visitors shaded the first half as John Terry hit the bar and had a header cleared off the line, but they were overpowered in the second period as Newcastle seized control.

Despite victory in their previous six matches, Mourinho, in his second spell in charge of the club, admits he is worried about his team's form on the road.

“Of course I am worried, and I read in previous years it happened the same,” the Portuguese said.

“Last year in December, they were not in the race for the title because they were already 20 points behind.

“This season, we have played five matches away in the Premier League – I know at difficult places to play difficult matches – but we have one victory and we have two defeats.”

Mourinho made nine changes to his team following Tuesday's Capital One Cup victory over Arsenal, http://www.bbc.co.uk/sport/0/football/24619361 and he suggested he might have got some, possibly all, of his selections wrong.

“I'm exaggerating. Of course we had some guys with, I am not saying outstanding, but with some normal good performances, but the feeling is that I made 11 wrong choices.”

They Sent 'Dante Crocodiles' To Our Area To Scarce Us — Ajum...
39 minutes ago

VIDEO: May Ken Agyapong Suffer From Paralysis And Be Numbed ...
58 minutes ago