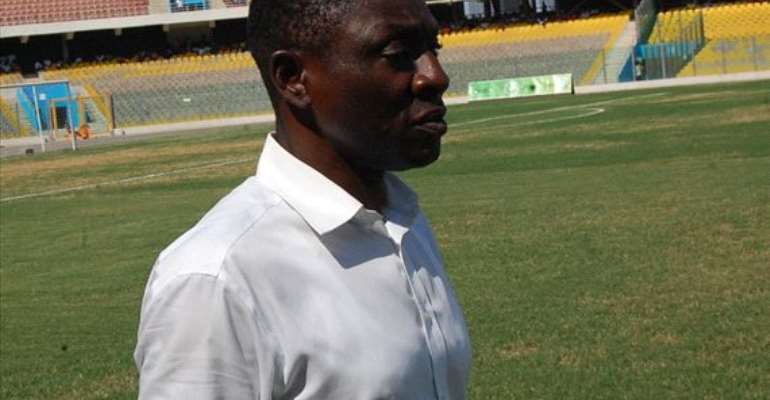 David Duncan believes his side were perfect against Liberty Professionals.

Hearts of Oak coach David Duncan has dismissed thoughts his team relaxed after going ahead early against Liberty Professionals on Wednesday.

The Phobians scored two goals in the opening five minutes at the Accra Sports Stadium but failed to score more thereafter.

Eric Kumi opened the scoring in just the first minute of the game before Robin Gnagne confirmed Hearts early dominance with a second from a spot kick in the fourth minute.

Duncan's side however failed to build on their impressive start despite creating several other opportunities.

Hearts' profligacy after the first five minutes had many thinking that perhaps the two quick goals were made out of sheer luck.

But the tough-speaking Duncan believes his team did just what was expected of them.

“We did all we had to do throughout the 90 minutes,” Duncan said after the game.

“Maybe Liberty were sleeping when we scored the two quick goals.

“You can score within the entire regulation time and even time added on. They are all within a match.

“You can also score in the 86th minute and it is the same.”