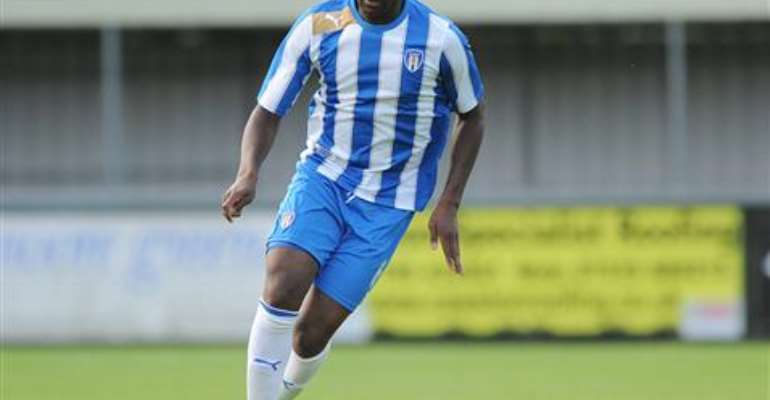 By Akyereko Frimpong Manson
English third-tier side Colchester United are unwilling to appeal against an unfair red card shown to Ghanaian youth defender Daniel Pappoe in a League One game at Bradford City a fortnight ago.

The Chelsea loanee came off the bench in the 85th minute to replace Alex Gilbey but got sent off in the dying minutes of added-time after going the ball in a challenge in a keenly contested game that ended 2-2 at the Coral Windows Stadium.

Colchester were complained about the unfair booking after the game but are unwilling to appeal against the suspension with manager Joe Dunne revealing the side will bring in another defender to cover up for an already depleted department.

“We spent a whole morning reviewing it and I still maintain he has won the ball, but it is the force with which he has won it,” Dunne noted.

“I spoke to two or three governing bodies for advice whether it is worth pursuing and they could understand how I felt in terms of the ball being won because the referee didn't send him off straight away.”

“We think he went on a shout from another official on our side of the pitch looking down on it and we don't have footage from that angle. The wording used is 'excess force' and once they use that you are in trouble unless you have other footage.”

Pappoe who was dropped from the Ghana U20 squad for the 2013 FIFA World Cup joined Colchester from Premiership giants Chelsea to gain enough first team experience and has played five times for the club.