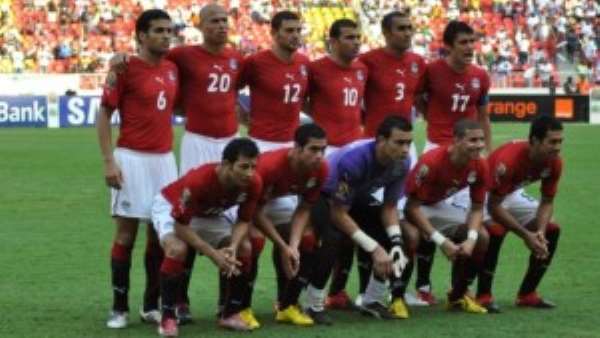 North African giants, the Pharaohs of  Egypt,will start preparation on 26th september for the crucial encounter against the Black Stars of Ghana.

The Pharaohs who are desperate to end their  24-year World cup misfortune will start camping on the said date to fully prepare for their first leg play-off against the Black Stars who are also eager to qualify to the World cup for the third consecutive time.

Egypt is the only country that has not loose any game in the world cup qualify and they look ahead to continue that record. “ Our preparations will start on 26 September in Cairo ,” the Pharaohs' goalkeeping coach Zaki Abdel-Fattah told Ahram Sports on Wednesday. We will hold a training camp until 9 October. We also asked the Egyptian Football Association to arrange two friendly games on 29 September and 2 Octobe r.”

Egypt are eyeing their first World Cup appearance since 1990 while Ghana are seeking to reach the tournament for the third consecutive time, having reached the quarter finals in their last appearance in 2010. The first leg game will be staged in the Kumasi stadium popularly known as the Baba Yara sports stadium on 13th October http://en.africatopsports.com/2013/09/18/kumasi-stadium-will-host-ghana-vrs-egypt-play-off/