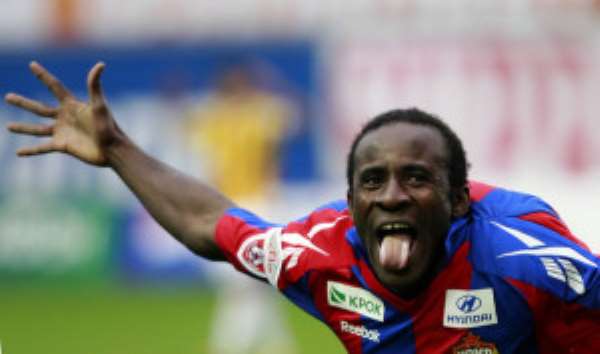 http://en.africatopsports.com/wp-content/uploads/2013/09/nufcfans_seydou_doumbia_cska_moscow_newcastle_united.jpeg Seydou Doumbia (25) was coveted by two clubs in the English Premier League. The CSKA Moscow striker, three times top scorer in the Russian league (2009, 2010 and 2012), would be followed by Everton and Newcastle.

According to the Russian media Izvestia , the Moscow club, beaten yesterday by Bayern in the Champions League, would claim nearly 20 million Euros to give up the Ivorian international.

Voted best player in the Russian league in 2011, Seydou Doumbia is again in the hospital for a period of six weeks after being injured in the league.