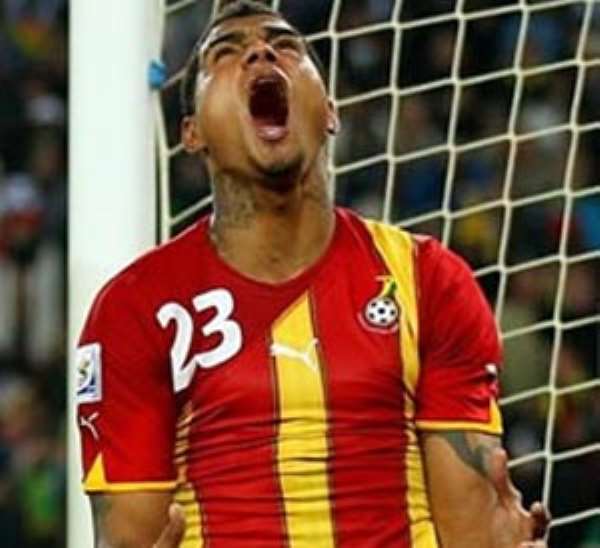 Kwesi Appiah's quest to coax retired player Kevin-Prince Boateng back to the Black Stars has received the full backing of the country's Federation.

The Ac Milan player called time on his international football last November after claiming the demands for playing for both club and country was taken a toll on his physical condition.

It was widely believed the 25-year-old had clashed with ex-Ghana boss Goran Stevanovic.

But the newly appointed Black Stars coach will fly out to Milan to hold showdown talks with the player in an apparent attempt to persuade the former Tottenham enforcer to return to the national team.

And that has received the full backing of the Ghana Federation.

'Any effort to bring in quality players from anywhere will be welcomed and so we'll encourage him to embark on such an adventure,' FA president Kwesi Nyantakyi said.

'We want the best for the national team and so if it succeeds we'll welcome him with open arms,'

Boateng came into prominence after he featured for the Black Stars at the 2010 Fifa World Cup in South Africa where he attracted Italian giant Ac Milan to swoop for his services.