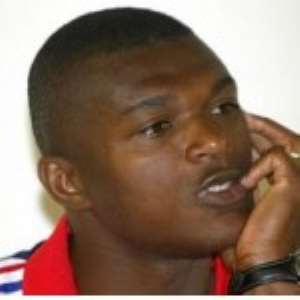 The Ghana Football Association has watered down reports they are in talks with former France captain Marcel Desailly to take over the Black Stars job.

The state-owned Graphic Sports reported on Wednesday that Desailly has been contacted to take over the Ghana national team.

But that has been dispelled by the Football Association ahead of an announcement on the status of the Serbian trainer.

'The GFA has not made any contact with Marcel Desailly or for that matter any coach as far the Black Stars coaching job is concerned,' Spokesperson Ibrahim Sannie Daara told Accra-based Citi FM.

'We're looking at the future of Goran Stevanovic and there has never been a question of considering other coaches at the moment.

'We are here to serve the people and therefore it's imperative the best decision is taken in the best interest of the country.'

Desailly, 1998 FIFA World Cup winner, pulled out of the race for the job two years ago after being shortlisted.