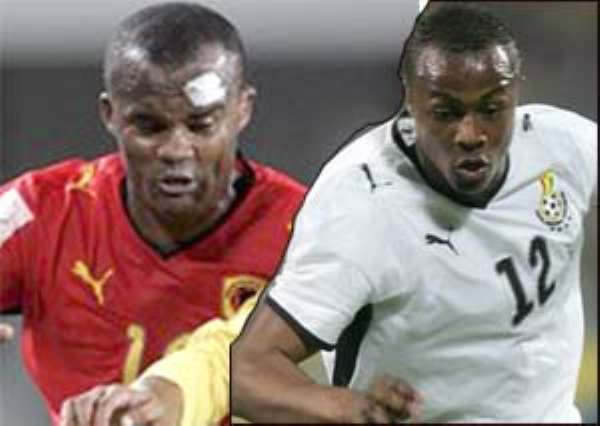 At 4:30 PM Ghana time tomorrow, the Black Stars will clash with host nation Angola in a crucial quarter finals match in the ongoing Nations Cup in Luanda.

The Stars would be hoping to cruise into the semi finals of the competition for the second consecutive time though they would be facing a hostile home crowd.

The match is expected to be decided from the bench where former El Ahly coach Portuguese Manuel Jose squares it off with Serbian tactician Milovan Rajevac.

Reports reaching DAILY GUIDE SPORTS indicate that the homesters who are seeking their first ever Nations Cup semi finals appearance are leaving no stone unturned as they strategize for the big clash with the four-time champions.

With the exception of Eric Addo who might start for the Black Stars, Coach Rajevac is expected to keep the same side that eliminated the Stallions of Burkina Faso in the game against the Black Antelopes.

As usual, Richard Kingston would be in goal while Samuel Inkoom, Adu Sarpei, Isaac Vorsah and Eric Addo play in defence. The midfield would be marshaled by Kwadwo Asamoah with support from Agyemang Badu, Haminu Dramani and Dede Ayew, leaving Matthew Amoah and Asamoah Gyan upfront.

Indications are that midfielder Anthony Annan who has just recovered from a knee injury, would however start from the bench.

Strikers Flavio and Manucho would spearhead the attack of the Angolans, while skipper Ze Kalanga returns to the midfield where he would get support from Gilberto of El Ahly fame.

The Elephants of Ivory Coast battle Algeria in the other semi final match in Cabinda.