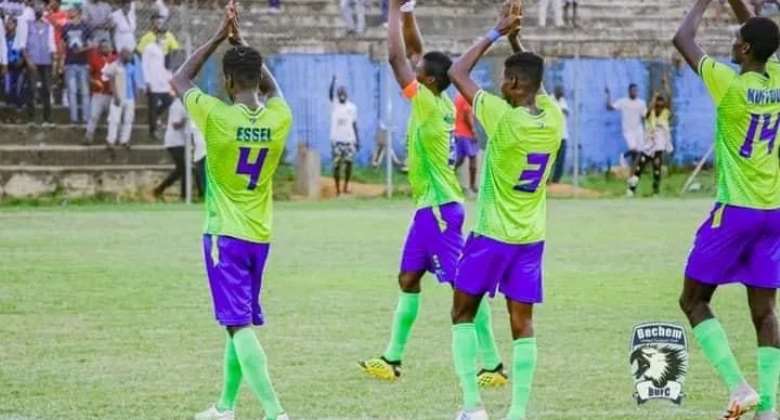 Youngster Cephas Mantey was the hero for Bechem United on Sunday afternoon when the team hammered Nsoatreman FC 3-0 to amass three important points.

It was all thanks to the first-half heroics of youngster Cephas Mantey who bagged a hat-trick in the first 15 minutes of the first half.

The talented attacker netted his first of the afternoon in the 3rd minute to give Bechem United the lead.

A minute later, he was on hand to score again when he was presented with another good chance.

Although Nsotreman FC will defend better after conceding the second goal, the team was caught napping in the 15th minute.

For the third time in the match, Cephas Mantey scored with a fantastic effort to not only complete a hat-trick but also seal an important win for his team.

There were no goals in the second half as Bechem United cruised to a delightful 3-0 win before the Ghana Premier League breaks for the 2022 FIFA World Cup.