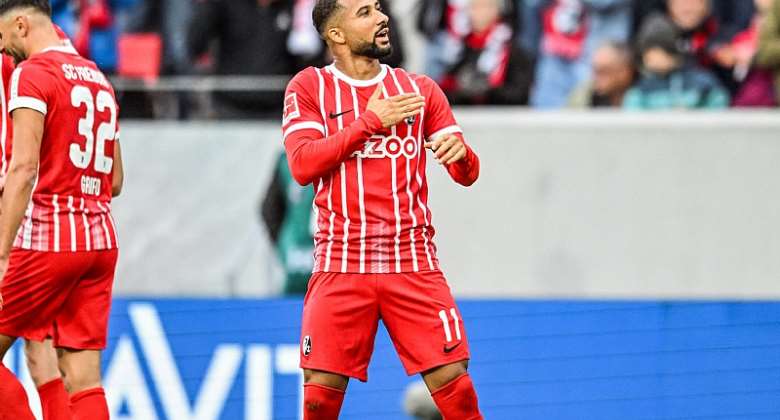 The Black Stars attacker joined the German Bundesliga club in the summer from Bundesliga 2 side FC St. Pauli.

In a Matchday eight encounter of the 2022/23 German top-flight league today, Daniel-Kofi Kyereh was handed a starting role to play in the match against Mainz 05.

The forward put up a good performance and scored with a fantastic effort in the 37th minute which eventually earned the maximum points for his team at home.

Before his goal, Michael Gregoritsch had equalized in the 3rd minute of the game to shoot SC Freiburg into the lead.

After recess, Mainz 05 played well in the bid to get back into the game. Although the team will score through Aaron Caricol in the 52nd minute, it was forced to succumb to a 2-1 defeat at the end of the contest.

Courtesy of the victory today, SC Freiburg have climbed to second on the German Bundesliga 2 standings.

This season, Daniel-Kofi Kyereh has made six appearances in the German Bundesliga. He will have a big role to play for the team throughout the success as they chase success.