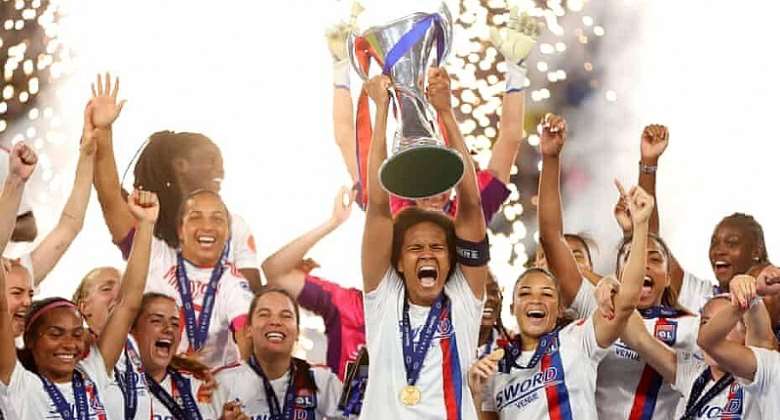 Lyon's ferocious first-half foray led them to victory over Barcelona setting a new record of eight Champions League triumphs in the process.

The French side took the lead in the sixth minute from a remarkable 30-yard drive from Amandine Henry which ricocheted in off the post leaving Sandra Panos with no chance.

The lead was doubled by striker Ada Hegerberg heading home Selma Bacha's fantastic cross from the left flank, and the Norwegian turned provider for the third just after the half-hour mark when she crossed low for Catarina Macario to blast home at the second attempt from close range.

The defending champions were given a lifeline by skipper Alexia Putellas' smart volley from Caroline Graham Hansen's cross four minutes before the break, but they could not get any closer to levelling the score in the second half. Patri's remarkable shot from inside the centre circle had goalkeeper Christiane Endler beaten, but it came back off the crossbar.

Much was made of a potential changing of the guard and the end of Lyon's decade-long dominance of the woman's game after PSG knocked them out of last season's Champions League and pipped them to Division 1 title while Barcelona romped to the Champions League, but this incredible side showed at the Juventus Stadium they have no intention of losing their status as the number one team in the women's game.