Does Otto Addo have the magic wand to change the fortunes of Black Stars? 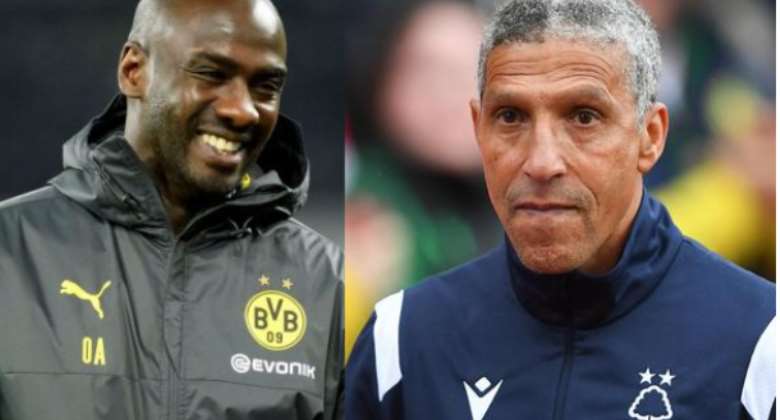 When Milovan Rajevac was sacked as the coach for the Black Stars after our worst performance at the 2021 AFCON games in Cameroon, the search for a new coach began in earnest.

The two names that came up were Chris Hughton of England and Otto Addo of Ghana. Most football pundits rooted for Chris Hughton touting his admirable record and dovetailing it into the fact that, Ghana needed a tried and tested hand not someone like Otto Addo.

There was a tussle between government and the Ghana Football Association as to who became the National Team Coach. While the FA rooted for Otto Addo for reasons know to them, government wanted Chris Hughton to take over our national team because of his pedigree.

The government wanting Chris Hughton to take over the Black Stars coaching job appeared to be rumours than factual statements because of the FIFA stance on governments’ interference on football related issues.

On those who were supporting the Chris factor, Fentuo writes: "Five reasons why giving Chris Hughton the Black Stars job is a no-brainer". This was an article published by citisportsonline.

In this write up, Fentuo Tahiru extolled the achievements of Chris Hughton and concluded his write up by saying "There is not one of the candidates currently being pursued that has either the experience or the pedigree that Hughton comes with and if I were the GFA, I would hire him without thinking twice. But will they?".

The above notwithstanding, there were others who felt the National Team coaching job should be given to Otto Addo. Teye (2022) writing for Goal.com and quoting Dr. Tony Aubynn “Oto Addo is the best choice now because he was the assistant for Milo and he has trained with the boys and they respect him so much".

“He’s the right man for the job now, considering the fact that he’s also a former player.”

With the battle between Otto Addo and Chris Hughton raging, the GFA on February 9, 2022 made an official announcement that German-based Ghanaian, Otto Addo has been appointed as the interim coach for the Black Stars, while the experienced hand of the Premier league coach, Chris Hughton appointed as the Technical Advisor with Masud Didi Dramani and George Boateng acting as assistant coaches.

The first and most difficult task for the new coach was qualify Ghana for Qatar 2022 world Cup. Our opponent was our arch rivals the Super Eagles of Nigeria.

The first play off match was played in Ghana at the Baba Yara Sports stadium where the Blacks stars were held to a goalless draw.

Incidentally notwithstanding that performance, most Ghanaians who watched the match were pleased at the elevated performance of the Black Stars and felt the coach had performed well.

We had no option than to go to Nigeria for the second play-off match. The march was played yesterday, 29th March, 2022 in Abuja.

The match ended in a one-one draw and by the away goal principle, the Black Stars of Ghana have qualified for the World Cup on aggregate.

I personally didn't watch the two matches because I've lost confidence in the Black Stars and I'm sure I'm not alone with this feeling.

Between Chris Hughton and Otto Addo, I personally didn't have a position but was gradually convinced by the plethora of sports pundits views and facts they expressed in favour of Chris Hughton.

With the first huddle as the Black Stars coach achieved, by being able to qualify above Nigeria who are known to have better in-form players than us, what would all those who were rooting for Chris have to say now?

As Otto Addo now settles in as the coach of our national team and prepares us for the World Cup, is he the one to make the difference in winning us a trophy especially the African Cup which has eluded Ghana for more than 4 decades? Only time will tell.

I can conclude by applauding Otto Addo for what he has achieved so far and urge him to build a formidable team to make us proud in far away Qatar at the largest football festival.