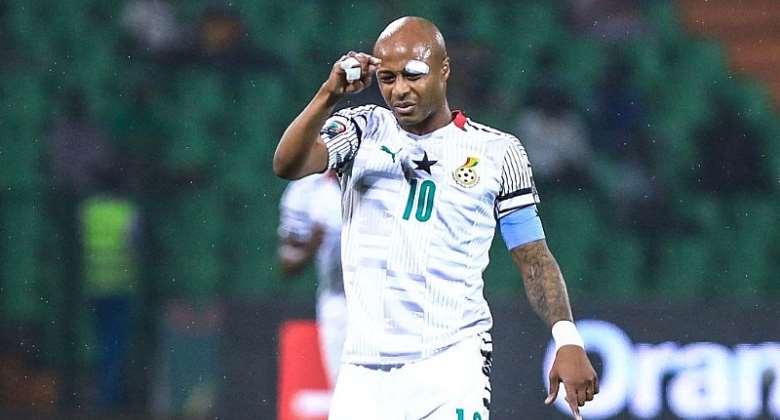 The Black Stars who were chasing to end the country's 40 years AFCON trophy drought under Milovan Rajevac were crashed out of the competition without winning a game in a group that had Comoros, Gabon, and Morocco.

Andre, who is the skipper of the Black Stars was sent off in their final Group C game in a must-win game against Comoros after a dangerous tackle on goalkeeper Salim Ben Bolina.

The AFCON debutant defeated Ghana 3-2 to secure qualification as one of the third-best placed teams.

And according to Mfum, the former Swansea City and West Ham forward must be blamed for the country's poor performance.

“When Ghana exited the tournament, I wasn’t worried," he told Koforidua-based Bryt FM. "The downfall of the Black Stars is Andre Ayew because of that horrible challenge on Comoros goalkeeper.

"Playing with ten men is not easy though some teams are able to win with such a number but our players are not committed at all.

“In match one could clearly tell from the facial expressions of the players that the spirit and zeal of the players have left, forcing them to play anyhow during matches. So I knew the team will not win matches,” he added.

The four-time Africa champions will now have to wait until 2023 in the search for a fifth AFCON title.