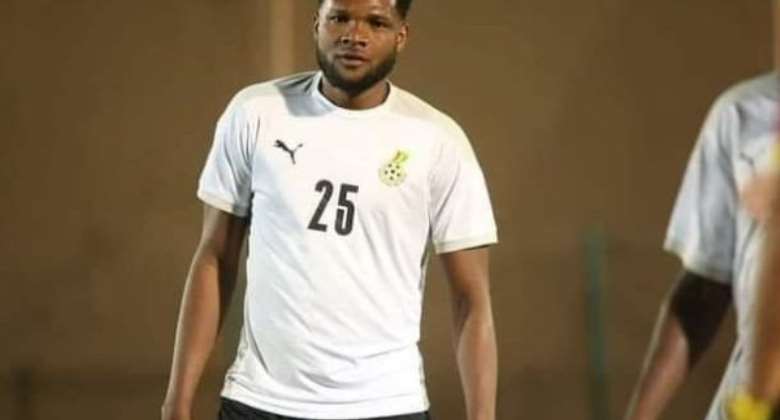 The Confederation of Africa Football (CAF) has handed Ghana's Benjamin Tetteh for three match ban for misconduct on the field.

The decision was taken at a Disciplinary Board meeting held on Saturday morning.

Ghana played 1-1 with Gabon which resulted into a chaotic scene with the Black Stars protesting that the Jim Allevinah used unfair means to grab the equalizer.

The scene saw Tetteh punched the face of a Gabonese player.

According to CAF, the officials of the match indicated in their report that after the final whistle, Ghana player Tetteh allegedly assaulted a Gabonese player.

CAF Disciplinary Board decided to suspend the player for one additional game match in addition to his automatic suspension of two matches after he was shown the red card.

Consequently, the player has been suspended for three matches.

The Disciplinary Board also issued a stern warning to both teams for their unsportsmanship behavior after the referees' full-time whistle.