We are all disappointed with the Morocco defeat, says Ghana captain Andre Ayew 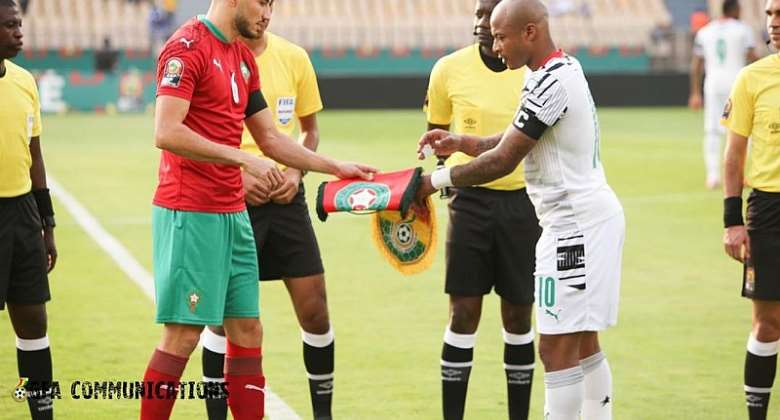 Ghana captain, Andre Ayew says the team is disappointed after losing narrowly to Morocco in the opening game of the 2021 TotalEnergies Africa Cup of Nations (AFCON) tournament.

The Black Stars started the journey to end a 40-year AFCON drought in Cameroon today when the side locked horns with the Atlas Lions in a Group C contest.

After failing to impress, Ghana finished the 90 minutes on the losing side as the Moroccans cruised to a marginal 1-0 victory.

Speaking after the game, Andre Ayew who revealed that he was not feeling well shared that conceding late is disappointing.

“I have not been feeling well for the past two days, but I wanted to play, my colleagues wanted me on the field so I did everything to be there, its football and we are disappointed to concede in the last minute,” the Ghana captain said.

Andre Ayew just like several other Black Stars players after today’s setback is now keen on fighting for a win for Ghana in the next Group C game against Gabon.