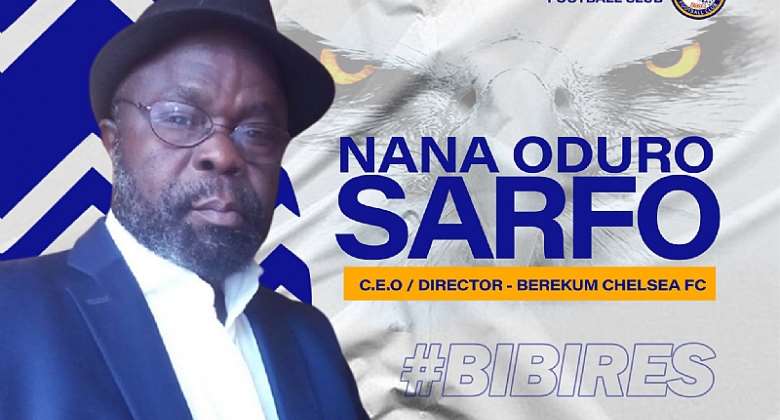 In addition to that role, the Executive Council member of the Ghana FA will be playing the role of a director at the Berekum-based club.

“We wish to inform you that Nana Oduro Sarfo has been appointed as CEO & Director of the club,” a statement on the Twitter page of Berekum Chelsea said on Monday afternoon.

In addition, Mr. Bernard Amofa Jantuah has been appointed as the president of the Ghanaian club.