What should Caf do with Ghana/South Africa controversy? 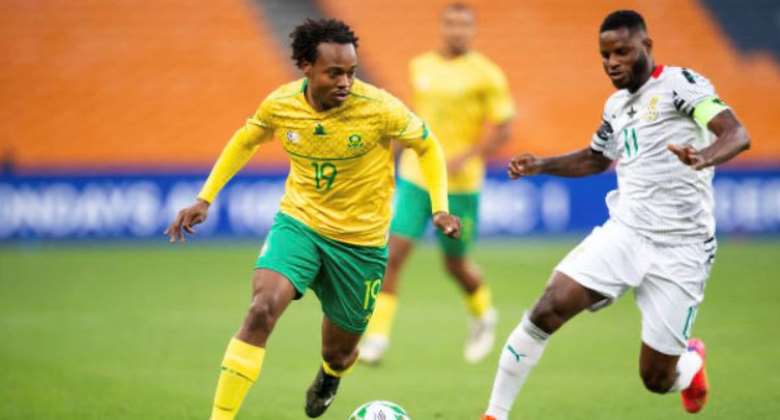 Amidst all the controversy that has surrounded the game between Ghana and South Africa, Caf and Fifa are left with a big decision to make regarding the matter.

Hugo Broos has seemingly steadied the ship since he took over from Molefi Ntseki as Bafana Bafana manager.

Since his appointment as Bafana boss back in May, positive results have been the order of the day under the Belgian tactician.

While some called it a ‘fluke’ initially, the Bafana boss dragged South Africa right into contention for World Cup qualification and increased their competitive unbeaten run to 11 games, including the Cosafa Cup triumph.

Ahead of the final group game, Bafana were three points clear at the top of Group G and needing only to avoid defeat against Ghana to secure a playoff spot for the World Cup next year.

They were well placed to progress from a tricky group including the Black Stars.

However, in the 33rd minute of the decisive clash with Ghana, Senegalese referee Maguette Ndiay would call for a foul by Rushine De Reuck on Leicester City’s Daniel Amartey.

However, replays showed that there was little contact if any at all.

Even Ghana’s Andy Yiadom acknowledged that the penalty was a ‘little soft’.

Regardless, Andre Ayew stepped up to score the resulting penalty, and the decision proved to be very expensive as South Africa went on to lose by a solitary goal.

Many fans and even Bafana Bafana players were seen crying, alongside a distraught-looking Broos on the sidelines.

Refusing to accept defeat in such a controversial manner, the South African Football Association)were quick to lodge a complaint against referee Maguette Ndiay and submit a petition to Fifa, calling for the game to be replayed.

Ghana would not take things lightly as well, with the Ghana Football Association labelling claims from Safa as ‘irresponsible, shocking and utterly disrespectful’.

While the back and forth continues in full swing, Fifa and Caf are left with a big decision regarding the final outcome of the controversy.

While there are calls for the match to be replayed, such a decision could bring about many ripple effects moving forward.

A scenario where a game is replayed for a ‘bad-refereeing decision’ could easily leave many countries doing the same if they feel results did not go their way.

However, Fifa should perhaps take a closer look into whether or not there was an element of match-fixing, rather than simply a bad day at the office for Ndiay.

If proven to be the former, then the game should be replayed and rightly so, but how do Fifa gather evidence to prove the referee had malicious intent?

For an international body with transparency and accountability as part of their core values, it’s imperative that proper action should be taken in a scenario such as this.

Many have questioned the antics of the Senegalese referee, and ex-official Dr Eroll Sweeney, who took charge of the whistle for almost three decades, gave his thoughts on the incident to the South African press.

"I have seen my dear grandmother who was a small old woman, God bless her, if she was pushed or shoved by anybody in the street like that, there's no way she would have gone down, and the referee was right on the edge of the penalty area and looking straight at it,” he told local sources.

"That would be the only reason to give a penalty in that instance, but there was no foul or tackle and there was no pushing from what I could see, so I really don't know."

Fifa are expected to reveal their decision on the matter this week, which should coincide with Caf releasing their dates for the World Cup playoffs.

However, South Africa appear set to be disappointed, because unless some evidence is found to suggest the referee has been paid off, Fifa will surely struggle to justify a replay.