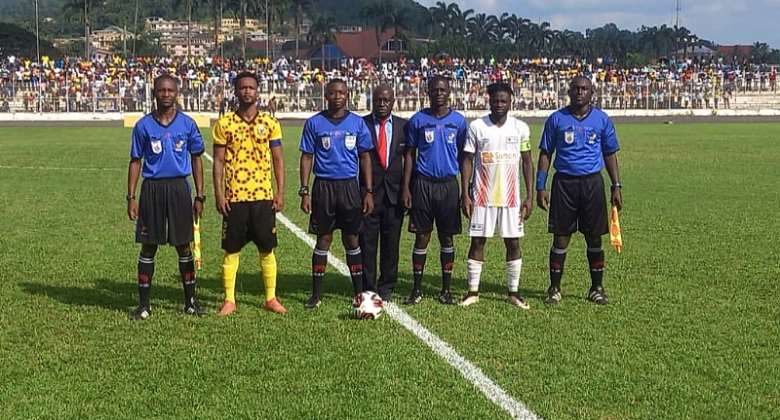 Hearts of Oak have seen their woes continue today following a 2-0 defeat to Ashanti Gold SC at the Len Clay Sports Stadium.

After failing to win any of their first three matches of the 2021/2022 Ghana Premier League season, the Phobians today played as a guest to the matchday 4 opponent hoping for a first win of the campaign.

The team did fight and played well in the first half but failed to score even though they had a couple of good goal-scoring opportunities.

After the break, the game became more balanced with Ashanti Gold SC coming in strong in a bid to make a claim for the three points.

Fortunately for the hosts, their attackers looked sharper as the team scored twice through Yaw Annor and Abdul Salam in the 53rd and 92nd minutes respectively.

With no reply from Hearts of Oak, the Phobians have been condemned to their first defeat of the new Ghana Premier League season.

Today’s result sees Hearts of Oak being pushed down to 15th on the league table and just one place above the relegation zone.