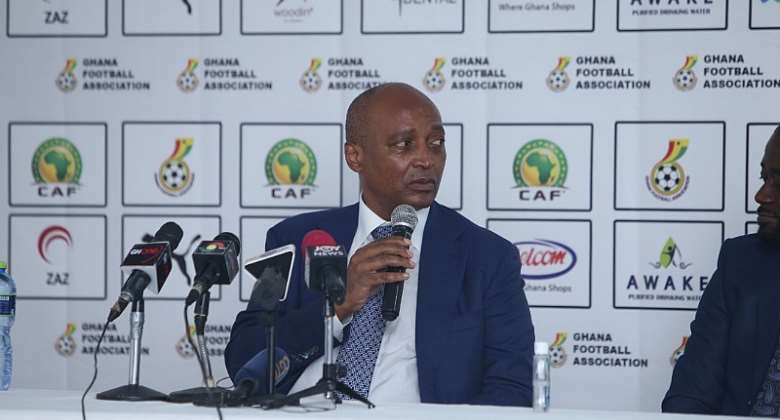 Confederation of African Football (CAF) president, Patrice Motsepe says he wants Ghana to put in a bid to host the Africa Cup of Nations [Afcon] tournament.

The successful South African business mogul was in Ghana for a two-day visit last week and was among the guest speakers at the Youth Connekt Summit held in Accra.

In a press briefing, Dr Motsepe suggested to President Nana Addo Dankwa Akufo-Addo for Ghana to host the AFCON which comes with a lot of economic benefits and development.

“I will like to see Ghana put in a bid to host the African Cup so we can come back. So there are ongoing proposals to host it," he said.

Meanwhile, Patrice Motsepe has thrown his weight behind the proposed staging of the FIFA World Cup every two years.

According to him, the staging of the World Cup every two years will see an increase in the slots for Africa

“Some of the rules in football were made many years ago and I want to make sure the number of African teams increases immensely. This will be possible with the Biennial two-year World Cup.

“Side by side with the Super League is to have a World Cup every two years. African football must be put in a fundamental position to benefit financially.

“I am very clear in my mind that one of the biggest beneficiaries of football every two years is the developing world,” Motsepe said.