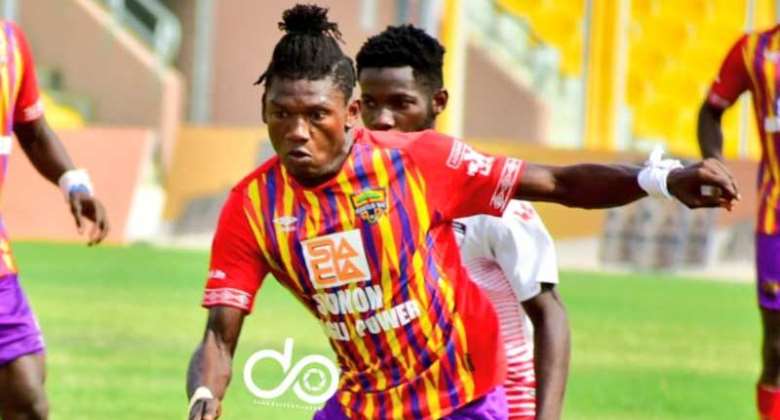 The Congolese left-back was substituted on the 20th minute in the first leg of the Caf Champions League first-leg tie against the Moroccan giants on Sunday at the Accra Sports Stadium.

Despite the hard-fought win, Samuel Boadu admits the enforced substitution derailed his plans.

“Tactically I think the game was good for us because many even though Hearts of Oak cannot even get a goal against WAC but of course we wanted to score more as well," he said after the game.

“Pulling out half-fit Ovouka affected my tactics. Even Nettey, Salifu played with injuries but we’ll work on them.” Samuel Boadu said.

The Phobians pipped a depleted WAC side by 1-0 after Isaac Mensah pushed in Salifu Ibrahim’s sublime assist from the left side of attack on the 41st minute.

Hearts of Oak will go into the second leg at the Mohammed V Stadium on October 24 with a slim one-goal advantage.

Avoiding defeat or a victory against WAC away will see the 2000 CAF Champions League winners, 2001 Super Cup and 2004 Confederation Cup winners qualify for the group stage of the competition.