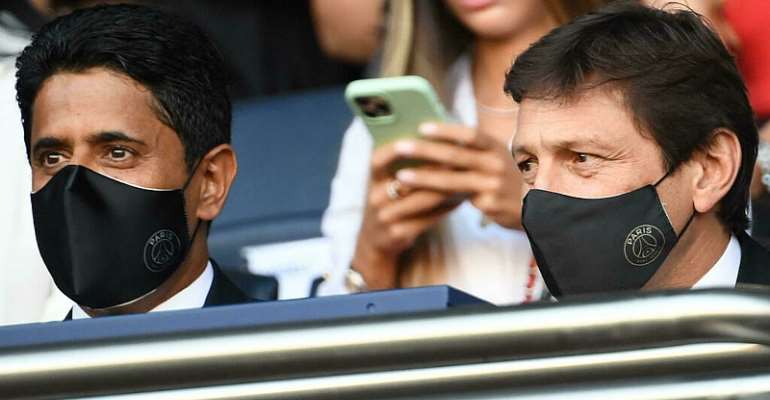 Paris Saint-Germain sporting director Leonardo hailed star striker Kylian Mbappe for creating a deep bond with the club since joining as a teenager from Monaco in 2017.

Leonardo told the French TV station Canal + that he expected the 22-year-old France international to extend his stay at the Parc des Princes beyond June 2022 when his current contract expires.

"I don't see Kylian leaving at the end of this season," said Leonardo. "Mbappé represents the difference between the superficial and the deep and his relationship with PSG is deep.

"We're not thinking of anything else and I don't think anyone here sees the future without him."

Mbappé has won nine trophies, including three Ligue 1 crowns, since leaving Monaco where he won the 2017 French title.

Signed for 180 million euros, the striker has racked up 136 goals in 177 matches for PSG and is expected to add handsomely to that tally following the arrival of Lionel Messi last month.

On Wednesday night in the Champions League, coach Mauricio Pochettino is expected to deploy Messi, Mbappé and Neymar in the line-up for the Group A match at Bruges.

The chance to send out such a potent troika is understood to have motivated PSG's Qatari owners to dismiss a last-minute 160 million euro transfer offer from Real Madrid.

"It arrived in the last week of the transfer window ... starting negotiations for one of the best players in the world ... We were not happy with the behaviour of Real Madrid," he said.

"We were clear about the offer they made. It wasn't enough from our point of view. It was less than what we paid."