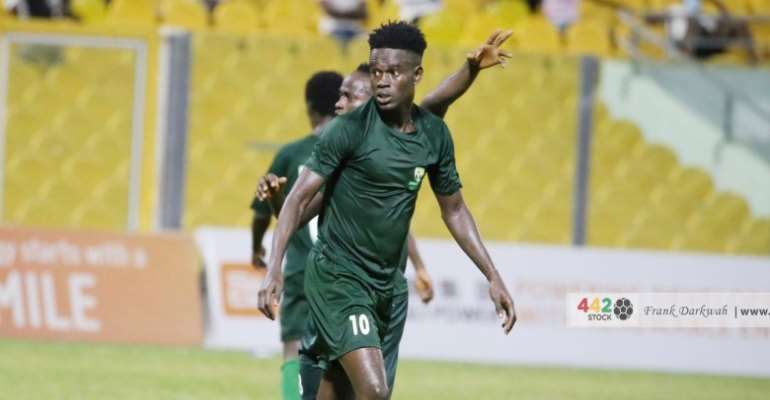 Elmina Sharks striker, Benjamin Bernard Boateng has left the shores of Ghana for Egypt to finalize his move to Al Ittihad Alexandria Club.

The enterprising forward left the capital Wednesday night and is expected to sort out the personal terms of a long-term contract as well as undergo mandatory medical at the Alexandria-based Egyptian Premier League side.

Sharks – who survived the Ghana Premier League by snatching a crucial win against Asante Kotoko on the final day of the 2020/21 season – have already concluded negotiations with Al Ittihad.

It is rumoured the Nduom Sports Complex outfit could earn an amount in the region of $100,000 as transfer fee from the ‘Masters of the City’.

In the previous season, the lanky attacker with quick feet registered 7 goals in 14 league games before the campaign got cancelled due to the outbreak of COVID-19.

Asante Kotoko were hoping to land a deal to sign the striker in the ongoing summer transfer window.