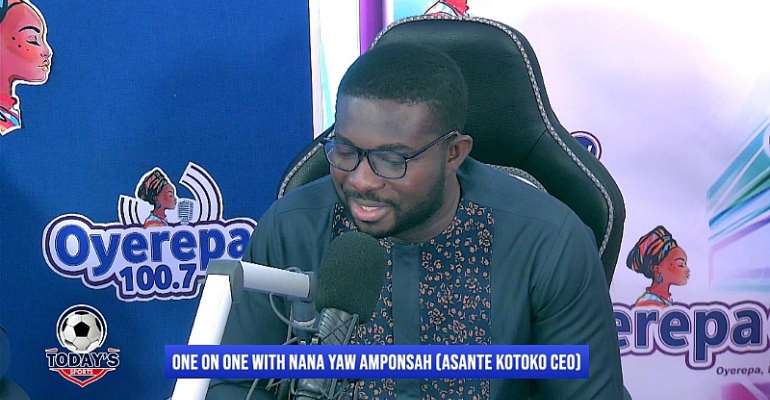 The young football administrator was named as the CEO of the club in August 2019 on a three-year deal, replacing the George Amoako led management.

Nana Yaw Amponsah took over the club with high hopes of turning the fortunes of the club.

In his first season at the club, Kotoko ended the 2020/21 football season trophyless.

"I think our Public Relations side was not the best, but apart from that, I think he's done very well being in office for just one year," he told Kumasi based Hello FM.

"We couldn't win the Premier League and FA Cup but we can build on that in the season ahead.

"So I will not say he has failed, no! With time if the board members position themselves well as a body able to solve problems without coming out it will help the club," he added.

Asante Kotoko lost the Ghana Premier League title to Hearts of Oak and failed to defend the MTN FA Cup, exiting at the quarterfinal, losing 4-5 on penalty shootout to Berekum Chelsea.