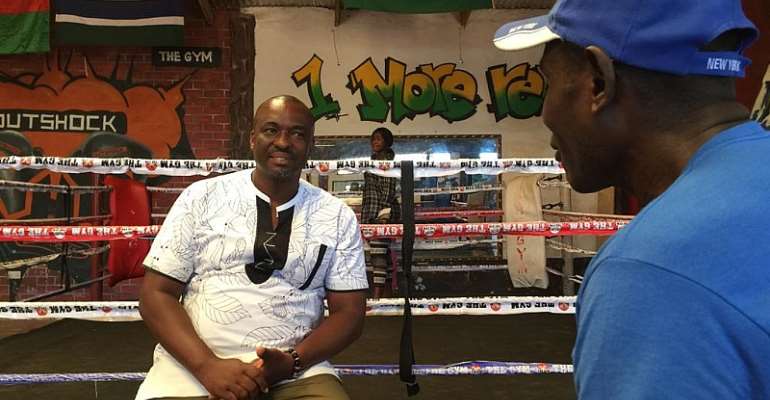 Speaking in an interview, the second vice president of the GBA who lost the Okaikoi South Parliamentary seat during the 2020 General Elections said boxers and their coaches must have a pension scheme to cater for their future.

He stated having links with the Speaker of Parliament, Parliamentarians and Assembly members, so he can consult them to support Ghana Boxing since most of them are boxing fans.

According to Mr Neequaye he has what it takes to contact companies in the Industrial Area to support and sponsor Ghana Boxing.

“We need someone who has time for boxing, and I am the one. I believe I am the heaviest weight among the contestants as I have experience from amateur where I was chairman of Greater Accra and also worked as CEO of Baby Jet Promotions,” he expressed.

He commended and applauded the GBA TV which is putting Ghana Boxing on the digital space.

“You guys are doing a good job, and I love it. The GBA TV will really help in promoting, advertising and marketing Ghana Boxing, continue with the good work” he said.

Meanwhile, the Electoral Committee of the GBA has drawn a roadmap towards the elections and will be out very soon.