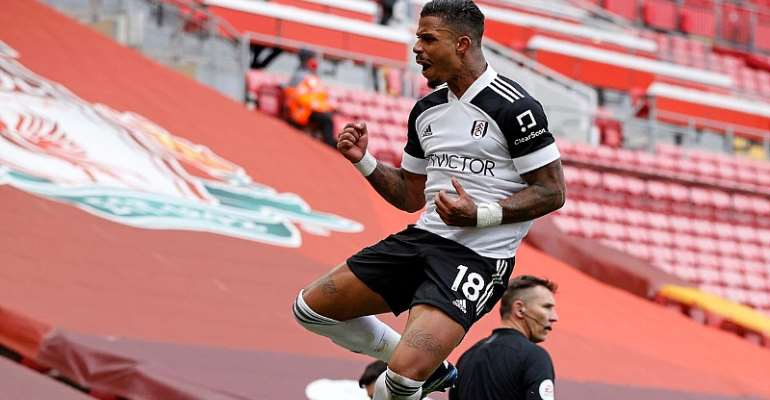 The Cottagers pressed Liverpool from the get-go and had by far the better first half as Liverpool’s inexperienced defenders could barely handle the marauding Ademola Lookman down the left-hand side.

Yet with Lookman going close and Josh Maja forcing a fine save from Alisson, it looked as though Scott Parker’s men would fail to take advantage of their dominance ahead of the interval.

But 60 seconds before half-time, Mario Lemina dispossessed Mohamed Salah on the edge of his own box before striking past Alisson and giving his side a well-deserved lead.

A plane flying over Anfield in the second half displayed a banner calling for unity, but Liverpool struggled for cohesion and inspiration and once again to find any real rhythm in the final third.

Diogo Jota forced a brilliant diving save from Alphonse Areola with a volley inside the box, but by and large Fulham defended brilliantly and restricted Liverpool to pot shots and speculative efforts from distance.

Substitute Sadio Mane hit the bar with a header in the closing stages but yet again Liverpool struggled for goals at home as the Cottagers took all three points and put the Reds' top four hopes in real jeopardy with yet another defeat.

Fulham, meanwhile, edge closer to Premier League survival as they go level on points with Brighton while remaining in the relegation zone on goal difference.