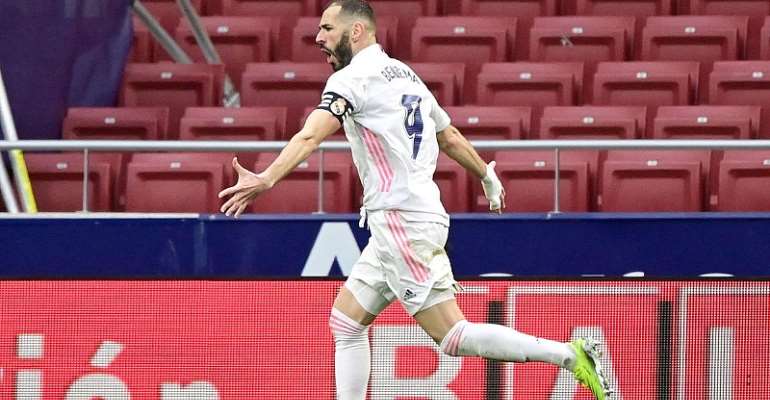 Karim Benzema scored a late equaliser to snatch a point for Real Madrid in a 1-1 derby draw against Atletico Madrid at the Wanda Metropolitano.

Diego Simeone’s side still hold a five-point lead over their closest rivals, and a three-point lead over Barcelona, at the top of the table, but the difference would have been eight points had it not been for Benzema’s late goal.

Kieran Trippier made an immediate return to the Atleti starting lineup after serving a 10-match ban for breaching betting rules with Karim Benzema also returning for Real Madrid following some recent injury troubles.

Atletico Madrid started the better of the two teams and needed just 15 minutes to open the scoring, with Marcos Llorente threading Luis Suarez in behind the opposition defence for the Uruguayan to finish past Thibaut Courtois.

Zinedine Zidane introduced Vinicius Junior and Fede Valverde after 60 minutes in an attempt to change the match and the equaliser came in the 88th minute when Casemiro and Benzema combined to find the back of the net.