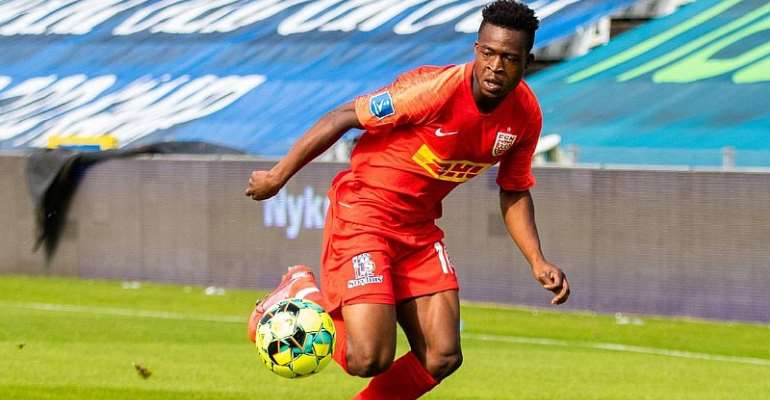 Ghana and FC Nordsjaelland forward, Kamaldeen Sulemana, has been ranked as the best young dribbler in Europe.

Ajax’s Jeremie Doku (59), who was born to Ghanaian parents, comes in 9th position.

Kamaldeen is one of the most courted youngsters in Europe, linked to Dutch champions Ajax Amsterdam, who signed former teammate and countryman Kudus Mohammed last summer.

Chelsea, Bayer Leverkusen and Liverpool are all interested in the youngster.

He has scored 6 goals in 15 appearances so far this season in the Danish Super League.

He made his Ghana debut in October 2020 against Mali.