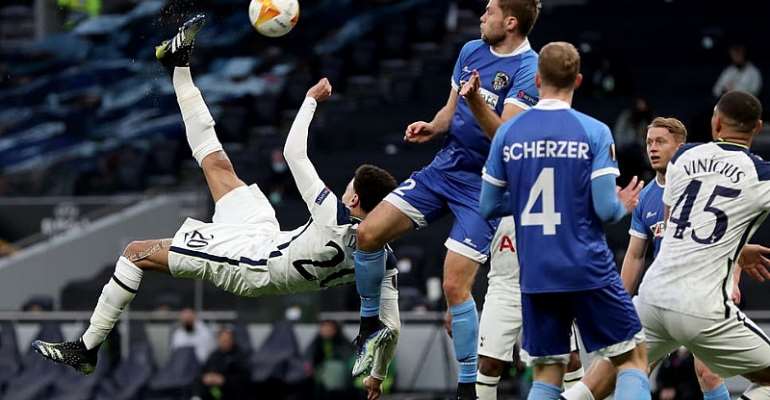 Dele Alli netted a spectacular overhead-kick and set up two more as Tottenham thrashed Austrian side RZ Pellets 4-0 to ease into the Europa League last 16 with an 8-1 aggregate win.

The out-of-favour Alli would have wanted to remind Jose Mourinho of his qualities and the execution of a bicycle kick after receiving a pass from Matt Doherty on the edge of the box was the type of goal not many players can produce.

In the second half, Alli picked out Carlos Vinicius, who headed home at the far post, and then played in Gareth Bale, on as a substitute, who slotted into the top corner with ridiculous ease.

Vincius then netted his second after fine hustling from 16-year-old substitute Dane Scarlett.