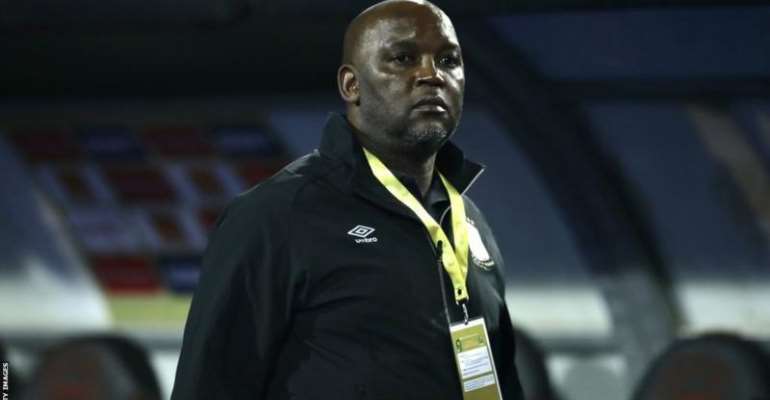 Al Ahly coach Pitso Mosimane has urged his players to have 'fun' against German giants Bayern Munich in Monday's semi-final at the Club World Cup in Qatar.

On Thursday the South African oversaw a 1-0 win over local Qatari champions Al Duhail to see the African Champions League winners set up the tie against the European champions.

"It would be nice to take Bayern to penalties," Mosimane said after the match.

"We should have fun I think. We have nothing to lose, everything to get. Imagine we win that match, our life will turn around.

"OK we did the same in Africa, we won everything. The treble. But they are Bayern. Bayern has got pressure. They must beat us."

The two sides have played each other once before in a friendly in January 2012 with the Germans winning the match, which was also played in Qatar 2-1.

This time around though there is more at stake as Al Ahly aim to be just the third African side to reach the Club World Cup final, after DR Congo's TP Mazembe in 2010 and Morocco's Raja Casablanca three years later on home soil.

"We don't have pressure. We must have fun. Maybe frustrate them a little bit. And see how it goes. It would be nice to take them to penalties. So it will be 50-50."

Mosimane once again pointed to Leicester City's unlikely 2016 English Premier League title as an example of what can happen in football.

"If that team can beat Barcelona with Lionel Messi on the pitch and they beat them 8-2, who are we?!" he mused.

"I don't know guys, what can you say? They've got all the great football players but you know how football is.

"Sometimes, football's got its own mysteries and you ask yourself what happened.

"You remember Leicester City won the league, the English Premier League. It might never happen again in our lifetime. But it has happened."

If they can produce a shock win over Bayern then in Thursday's final Al Ahly will face either Brazilian Copa Libertadores winners Palmeiras or North and Central American champions UANL Tigres from Mexico.

The losers of the two semi-finals will meet in a third-place play-off, which is also set to be played on Thursday.