There is nothing 'special' about Fabio Gama - Dwarfs coach Ernest Thompson 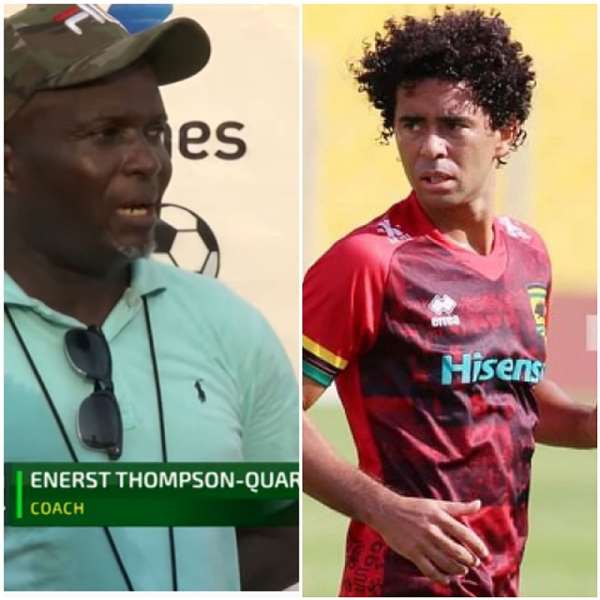 Ernest Thompson, head coach of Ebusua Dwarfs has said there is nothing special about Asante Kotoko midfielder, Fabio Gama, describing him as an overhyped player.

The Brazilian who joined the Ghana Premier League powerhouse this summer on a free transfer has so far been magnificent in his last three matches played for the club in the ongoing 2020/21 football season.

And ahead of the outstanding game between Dwarfs and Asante Kotoko at the Cape Coast stadium this afternoon, Thompson says there are better midfielders in the country insisting there is nothing special about the 28-year-old midfielder.

"I have watched Fabio Gama, he is just a normal midfielder like any other Ghanaian player," he told Kumasi based Hello FM.

"I think we have better midfielders than Fabio Gama in Ghana. Let us stop hyping him because he is a Brazilian and hype our own.

"There are better players in the league and we have players who are even playing better than Fabio Gama.

"I am not saying he is a bad player but we have players who are doing better than him," he added.