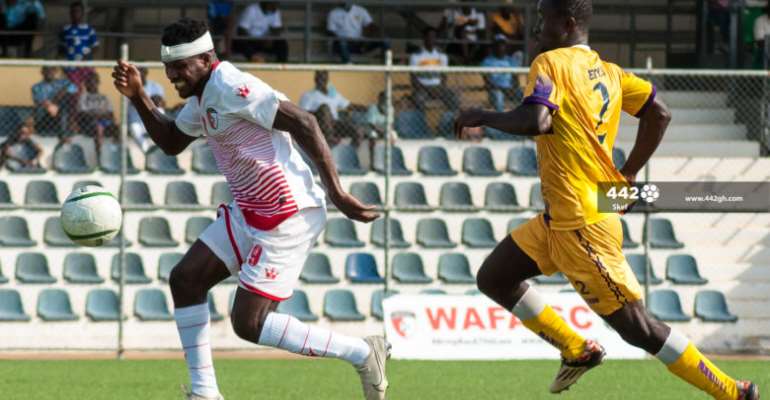 The in-form attacked rose to the summit of the goal king race with 7 goals from 8 fixtures to confirm his media monopoly on the local scene.

With 4 powerful goals against the Mauve and Yellows, Daniel Lomotey has now scored more goals than six teams in the 2020/21 GHPL and tied on same goal tally as Asante Kotoko SC.

Ghana's version of Real Madrid, Legon Cities FC, managed 4 goals from 8 attempts to stay three behind Lomotey as a player.

The Royals were joined by Inter Allies FC, Ebusua Dwarfs FC, Dreams FC, Berekum Chelsea FC, and Liberty Professional in that unwanted list of teams to have scored less than 7 goals in the season so far.

Kwame Poku's brace for Asante Kotoko SC hauled the Porcupine Warriors out of that category and now on same goal tally as the division's leading goal scorer, Daniel Agbloe Lomotey.