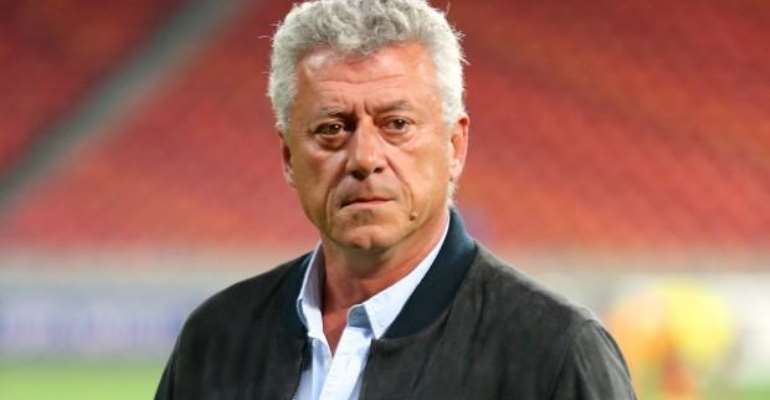 Ghana Premier League powerhouse, Hearts of Oak, have reappointed Kosta Papic as their new head coach according to media reports.

The Serbian trainer was spotted at the Accra Sports Stadium in the club's 1-0 defeat to Inter Allies together with Board Member, Vincent Sowah Odotei.

Edward Nii Odoom, who has been with the club on an interim basis following the exit of Kim Grant last season was hoping to guide the club to end their 11 years trophyless jinx.

However, he has been axed from his position.
Odoom led the club in their 2-2 stalemate against Ashgold at the Accra Sports Stadium after their matchday 1 game against Aduana Stars was rescheduled by the Ghana Football Association due to Covid-19 related issues.

Kwame Opare Addo, who is the Head Communications at the club in an interview with Accra based Vision 1 Radio on Monday urged the media to disregard the speculations.

"Coach Edward Nii Odoom is still at post and will not be replaced by Kosta Papić," he said.

But according to media reports, the 60-year-old was handed the job on Monday following a meeting between the club's Board Chairman and majority shareholder, Togbe Afede XIV, and another director of the club, Vincent Sowah Odotei, however, details of his contract were not readily available.

Coach Papic returns to the club 11 years after leading them to the 2008/09 Ghana Premier League title during his one-year stint with the club. Incidentally, it was the last time Hearts won the Ghana's elite league.

He will be assisted by Asare Bediako, who was appointed assistant coach in November.

His first assignment will be to lead the Phobians against league leaders Karela United in matchday four of the Ghana Premier League on Friday.

The Phobians are occupying the bottom of the Premier League table with 1 point.