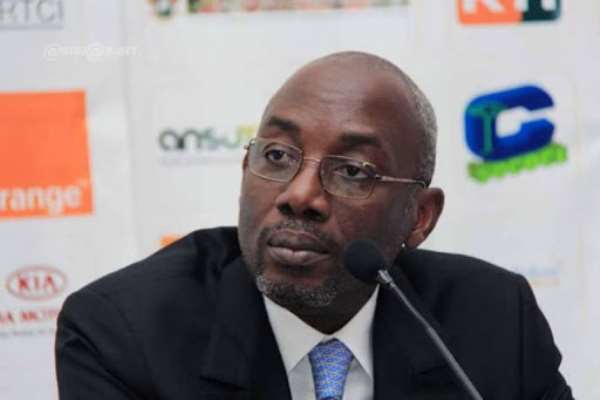 The 61-year-old had been at the helm of football in the West African country since September 2011.

Diallo tested positive for the coronavirus on Monday and has been under quarantine where he was receiving treatment before he was pronounced dead from the deadly disease.

Ivorian news outlet Aminata 24 reported the death of Diallo, posting; “It is with great sadness that we have just learned of the death of the President of the Ivorian Football Federation, Sidy Diallo.”

The reports were later confirmed by one of his relatives who announced the sad news.

Ivory Coast players Max Gradel was the first to react to the news, posting on his Facebook page; “Presi I hope this is just a dream get up.”

Due to his deep love for football, he co-founded Stella club d`Adjamé where he also worked as a staff member, sponsor and benefactor member. With this club, he won the UFOA Cup.

His passion for football led him to the Ivorian Football Federation, where he served as a vice-president from 1991 to 1994, helping the nation win its maiden Africa Cup of Nations in 1992 in Senegal.

He took a sabbatical from football but later returned to the FIF under former president Jacques Anouma in a bid to revive Ivorian football. Together, the Elephants nearly won their second AFCON title, eventually falling to hosts Egypt in the 2006 final.

Diallo then took over FIF presidency from Anouma in 2011 and has been at the helm of the federation since. During his tenure, he guided the nation to their second AFCON trophy in 2015 after a period of near misses.

The death of Diallo leaves a void at the helm of the FIF with general elections yet to be held. Ivorian football legend Didier Drogba is among the candidates vying to succeed him.

Low remuneration of bankers could cause some bankers to leak...
4 minutes ago

We'll not allow this old man Akufo-Addo and his old men gov'...
31 minutes ago