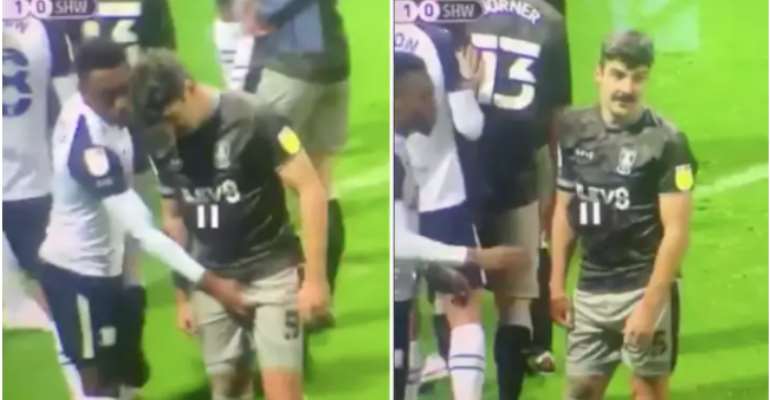 North End beat Sheffield Wednesday 1-0 at Deepdale in the Championship and Fisher became the talk of the town courtesy of his bizarre antics when defending a set-piece.

Looking to get touch-tight on Callum Paterson so he didn't get ahead of him on his run, Fisher went to extreme lengths to thwart him.

The 26-year-old right-back did his best Paul Gascoigne on Vinnie Jones impression by copping a feel of the Scotsman's private parts.

Paterson didn't make much of a fuss over it but looked incredibly confused over what just happened.

Preston won 1-0 against 10-man Sheffield Wednesday through a first-half strike from Tom Barkhuizen to inflict defeat on Tony Pulis in his first game in charge.

Pulis said he didn't see the incident involving Fisher and Paterson but correctly predicted the social media aftermath that would follow.

"I'm sure with everybody on social media and all the places that people look now, he'll be up in flames now if he's done that."

Goalscorer Barkhuizen came up with a gem of a line post-match after he was asked about what happened at the corner.

His hilarious line was: "Darnell is a good ball player."