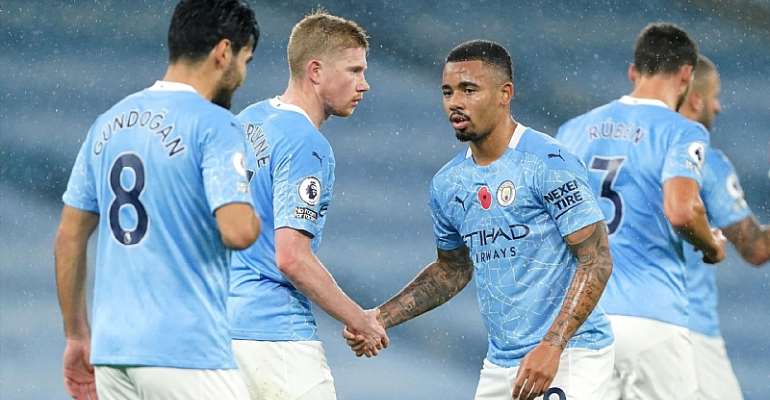 Liverpool's hopes of returning to the Premier League summit were frustrated as they fought out a high-quality draw at Manchester City, who paid a heavy price for Kevin de Bruyne's missed penalty.

Liverpool, who knew victory would see them leapfrog Leicester City and Tottenham, reaped an early reward when Salah put them ahead from the spot in the 13th minute after Kyle Walker brought down Mane - but City levelled just after the half-hour when Gabriel Jesus turned superbly before slotting past Alisson.

Pep Guardiola's side wasted a golden chance to go ahead before half-time when De Bruyne rolled his penalty wide after handball had been awarded against Joe Gomez following a lengthy video assistant referee (VAR) deliberation.

Both sides pushed for the winner but it was City who grew stronger as the game went on, Jesus sending a glorious headed chance wide to leave both sides having to settle for a point.