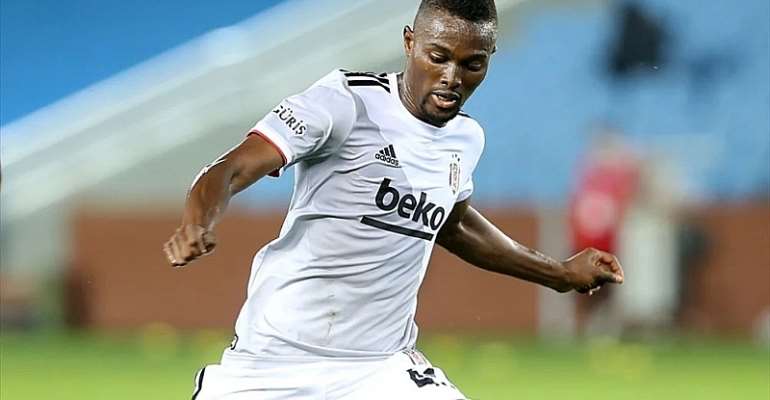 The head coach for the Ghana senior national team, Charles Kwablan Akonnor has noted that Bernard Mensah’s qualities will help his team control games if the player is given the confidence.

The midfielder made his debut for the Black Starts team in 2015 but has since been away from the team.

Following an impressive display in the Turkish Super Lig with Kayserispor last season and Besiktas this season, Bernard Mensah has received a call-up to the Ghana team and will be part of the squad that faces Mali in an international friendly game next month.

Speaking on the inclusion of the 25-year old in his 23-man squad, Black Stars coach CK Akonnor has explained that the player has what it takes to help his team control games.

“After he came to play, we didn’t see much of him but now he is proving himself good. He was once with a club and moved to Besiktas which tells all the story about him and I have seen him on several occasions and watched him closely. He is one of the guys when given the necessary chance and confidence can bring change into the way we move forward.

“His style of play and the way he controls the game, I personally want to control the game in terms of possession and him, Partey and the rest are there to do that job and it is a big chance for him to come, play do well and stay and not to go and come again”, Coach Akonnor said in an interview with the media team of the GFA.

Bernard Mensah has this season made 2 appearances for Besiktas and has 1 goal to his name in the Super Lig.