Novak Djokovic: I May Never Forget US Open Disqualification 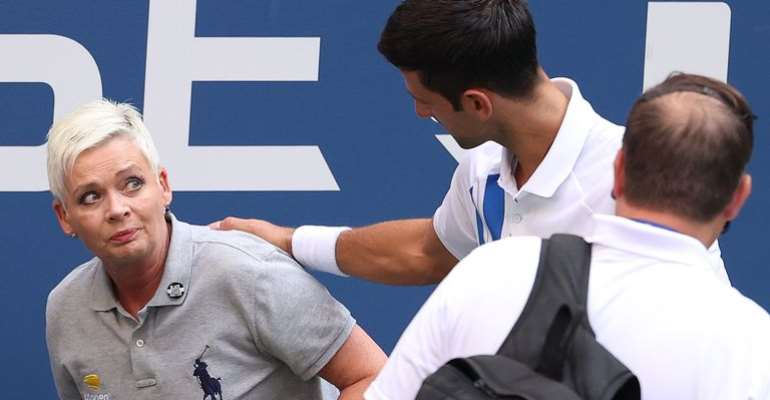 Novak Djokovic says he must "move on" from his disqualification at the US Open but that he also may never forget the incident.

The world number one was disqualified in the fourth round last week for hitting a line judge with a ball.

Djokovic, 33, had already apologised for the incident which saw him take a ball from his pocket and hit it behind him, striking the judge in her throat.

"I felt really sorry to cause the shock and drama to her," said Djokovic.

Speaking at a media conference in Rome, the 17-time Grand Slam winner added: "It was totally unexpected and very unintended but, when you hit the ball like that, you have a chance to hit somebody that is on the court.

"Of course it was a shock to finish the US Open the way things finished for me."

Line judge Laura Clark collapsed to the ground and could be heard gasping for breath after being struck by the ball hit by Djokovic, who had just had his serve broken by Spain's Pablo Carreno Busta.

He pleaded his case with tournament referee Soeren Friemel and Grand Slam supervisor Andreas Egli during a long conversation at the net but later said the incident had left him feeling "sad and empty".

The Serb is now preparing to play in the Italian Open - his first tournament since his misdemeanour - in order to ready himself for the French Open which begins on 27 September.

"I don't think I'll have any major issues coming back to the Tour and being able to perform well," he added.

"It's great I think that I have a tournament a week or 10 days after it happened because I feel the earlier I get back in competition mode the faster I'll overcome the memory and re-programme it. I'm hoping for the best."