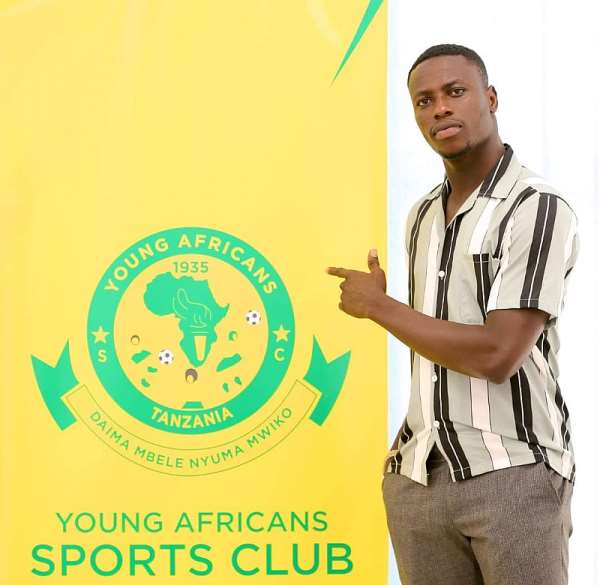 The former Liberty Professionals attacker has joined the club on a free transfer but with a lot of expectations.

Michael Sarpong last played for Rwandan outfit Rayon Sport. During the 2018/2019 football season, the forward finished as the top-scorer in the Rwandan Premier League with a total of 16 goals.

His outstanding form was instrumental to the team’s league triumph that year. In addition to the impressive numbers in the league, Michael Sarpong also netted 6 goals in the domestic league cup.

After establishing himself as one of the top strikers on the African transfer market, the Ghanaian has now been signed by Young Africans SC.

The 24-year old is succeeding his compatriot Bernard Morrison who recently switched camps from Yanga SC to their bitterest rivals Simba SC in controversial circumstance.