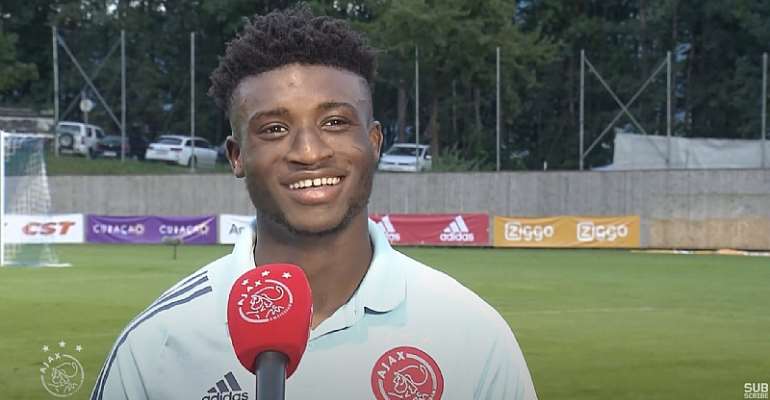 Ajax new signing, Mohammed Kudus has named André Onana and Lassina Traoré as players helping him the most to adapt at the club though he acknowledges the entire team has been welcoming.

The Ghana international sealed a sensational transfer from Danish club FC Nordsjaelland to the Dutch Eredivisie giants last month for a fee of 9 million Euros as he signed a 5-year contract.

Speaking to Ajax TV in an interview, Mohammed Kudus reveals how his teammates have been helping him adapt as he stresses that he is anxiously waiting for the start of the next season.

“It's been good. Nice people. Nice teammates and new people and still learning and adopting at but it's been great so far and am looking forward to the season to start.

“Everyone is helping but naturally am more closer to the African guys so Onana, Lassina, [yeah] it's pretty much with them”, Kudus said after marking his Ajax debut in the team’s 2-0 win against FC Wolfsberger on Tuesday evening.

Takoradi woman confesses she was not pregnant
36 minutes ago