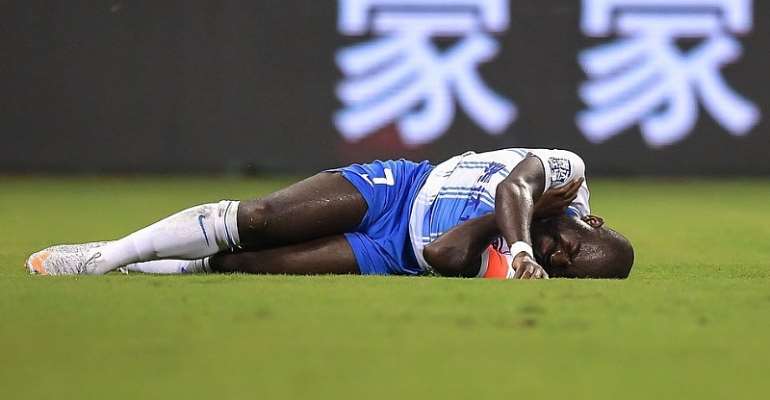 Ghana skipper, Frank Acheampong, on his debut as Tianjin Teda captain as suffered a fresh injury in their defeat to Hebei China Fortune in the Chinese Super League on Monday.

The 26-year-old was confirmed as the new skipper as a substantive captain of the club by head coach Uli Stielike based on leadership qualities since joining the club in 2017 – making him the first Ghanaian to attain such feat.

He was expected to lead Teda to pick their first win of the season after losing all their three games but was unfortunately replaced by Zhi Xiao on the 31st minute due to a shoulder injury.

Teda went on to lose 2-0 to Hebei with Ricardo Goulart and Marcão scoring both goals on the 36th and 45+1 minute respectively.

Acheampong is expected to undergo series of test of this week.

However, he is expected to sit out for weeks.