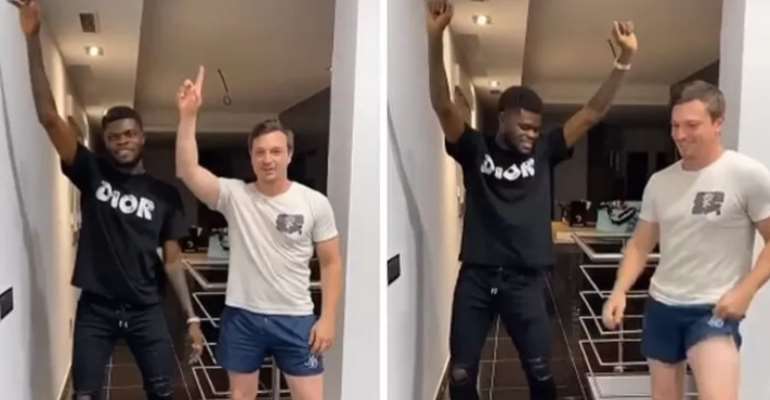 Ghana midfielder, Thomas Partey was negative as two positive coronavirus cases confirmed was reported among Atletico Madrid’s 93-person group that is expected to travel to Portugal.

Just one hour after Atletico announced the two positive cases, Partey decided to post a video on TikTok of himself dancing at home with a friend.

Although this is not proof that he isn’t affected, this gives an indication that the player is safe, as those infected are currently in quarantine.

Partey is an injury doubt for the clash with RB Leipzig in the UEFA Champions League quarter-finals on Thursday causing many headaches for Diego Simeone.

It is been speculated that at least one of the positives is a player and the other could also be a team-mate, which could further affect Diego Simeone’s plans for tie against RB Leipzig.