Shafiu Mumuni No More In The Plans Of Ashgold - CEO Confirms 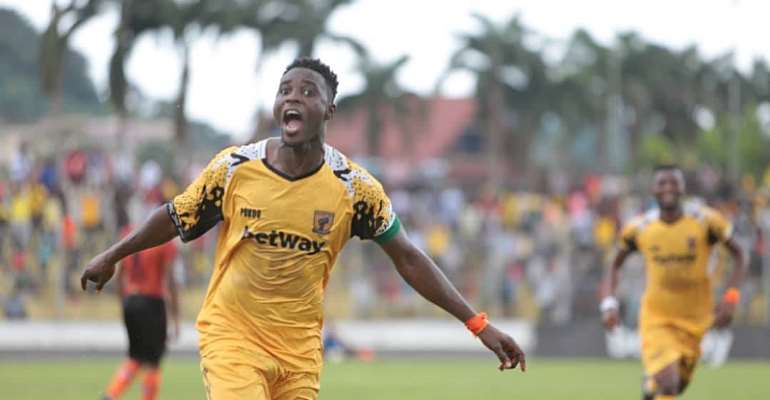 The Chief Executive Officer (CEO) Obuasi Ashanti Gold SC, Emmanuel Frimpong has confirmed that lethal striker Shafiu Mumuni is no longer in the plans of the club.

As reported by Modernghana Sports last week, the forward has turned down a contract extension offer from the Miners with his deal coming to an end.

According to Emmanuel Frimpong, Ashgold SC is not going to sweat over the player and has hence signed his replacement as they prepare for the next football season without him.

“Shafiu is not in our plans. The head coach claimed Shafiu is not needed in the team because we have signed his replacement. His contract has ended”, the young CEO said in an interview with Fox FM.

Shafiu Mumuni, 25, is relishing a transfer to Kumasi Asante Kotoko but could end up playing in Europe for Romanian club CFR Cluj if things go as planned.

Earlier this year, the striker had a successful trial session with the club but a deal could not be finalized as a result of the Coronavirus pandemic.